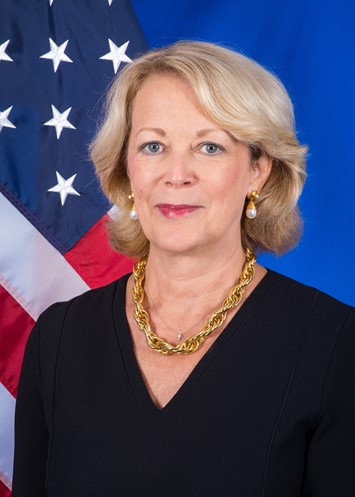 Ambassador Wolcott has served the United States for more than 30 years in a number of foreign policy and national security positions.  She was a Senate-appointed Commissioner to the U.S. Commission on International Religious Freedom from 2016-2018, following service as the Commission’s Executive Director from 2010-2015.  A specialist in multilateral and nonproliferation affairs, she has served in several senior positions at the U.S. Department of State, including as Special Envoy for Nuclear Nonproliferation (2008-2009); Alternate Representative for Special Political Affairs in the United Nations with the rank of Ambassador (2006-2008); U.S. Representative to the Conference on Disarmament and Special Representative of the President of the United States for the Nonproliferation of Nuclear Weapons in Geneva, Switzerland, with Rank of Ambassador (2003-2006); and Alternate Representative to the Board of Governors and General Conference of the International Atomic Energy Agency in Vienna, Austria (2004-2005).