Too Many Republican Don’t Vote in Naples City Elections 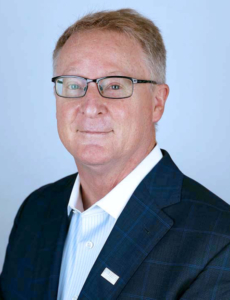 What is up with the dysfunction we are seeing at the national level, that has now infiltrated to the local level?

We are seeing disfunction at Naples City Hall with stalemates and not moving forward with directives. In addition we see:

The reason for the dysfunction? It’s pretty easy to see. We let Democrats into city hall. We’ve noticed City Council candidates change their political party status to No Party Affiliation to run for office, but their contributions and political leanings show up as strong leaning and/or blatant Democrat registration and based o their past actions. Some like the Ray Christman household even donated to Andrew Gillum to beat our current Governor Ron DeSantis in the last election. There were also donations to defeat our our Republican State Leaders as well.

Who are the real culprits? It is the 4,000 Republicans that don’t show up to vote for elections. This needs to change if Naples is going to maintain their great lifestyle and high rankings.

Naples must begin to engage and take back their community because more voters do not vote in city elections than vote in state and national elections.

Our most significant issue is low Republican Voter Turnout.

See Table 2 – 2020 Republican Voter Turnout.  It is clear that the last City Council election could have had a better result for the Republican Party.  Two Non-Party Affiliated candidates were elected.  The final election vote tally showed 3,751 Republican did not vote – 44% of the City Republicans did not vote.  By Party, Republicans were the largest no shows on election day by more than 2000 votes!

How Can You Help Right the Ship?

Help us restore the values that make Naples and Collier County great. The CCCVPAC will be implementing a strong “Get Out the Vote” campaign to turn the tide. It will take money for mailings, web and internet marketing. The PAC needs your help.