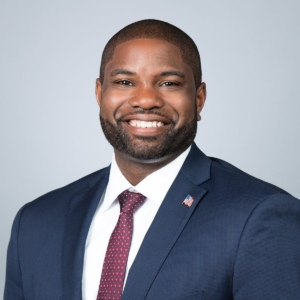 Last week, Congress was in Session again. Unfortunately, House Democrats continued down the path of flooding the House Floor with bills that skip committee hearings and forcing hyper-partisan bills to a party-line vote.

Democrats this past week in the House of Representatives focused on passing unconstitutional legislation making Washington, D.C., the 51st state. Don’t be fooled- this is a desperate attempt for power. D.C. statehood isn’t anything more than a progressive scam to push forth policies like packing the U.S. Supreme Court, the Green New Deal, anti-gun legislation, and the federal takeover of our elections through H.R. 1. We also witnessed the verdict in the Derek Chauvin murder trial. Despite inappropriate and divisive rhetoric by Rep. Maxine Waters and even the President, a jury of Mr. Chauvin’s peers convicted him on all three counts. His callous disregard for human life by no means represents the actions of the majority of police officers in America, and its important bad actors face the appropriate ramifications when they fall short of their commitment.

This past week, I also attended committee hearings to discuss COVID-19 impacts on small businesses and how we, as representatives, can provide aid and relief. Florida’s handling of COVID-19 has proven to benefit small business owners by cutting bureaucratic red tape, making access to vaccines easier, not enforcing lockdowns, and getting the government out of the way. I’m proud of the work we’ve done thus far, but we still have a lot of work left to do!

Please continue reading below for #FL19 updates, legislative events on Capitol Hill, and what’s happening in my Congressional office!

Statement on the Verdict on the Trial of
Derek Chauvin

The death of George Floyd was a tragedy that caused his family, friends, and our entire nation to grieve and look at ways to reform policing. Now that his family has seen justice, I pray that they find peace during this difficult time. I pray that our nation begins to heal our divides and move forward as one people.

Read my full statement below regarding the verdict on the trial of Derek Chauvin:

Op-Ed: “We Are Getting Played at Our Southern Border”

As a member of ⁦the House Committee on Oversight & Reform, I had the opportunity of traveling to El Paso, & Santa Theresa to tour the humanitarian & political crisis the administration created at our border.

Since day one, the Biden Admin has laid out the welcome mat for illegal immigration. While Americans get played, children’s lives are in danger, and the drug cartels get richer.

Click the link below to read my Op-Ed about the #BidenBorderCrisis, exclusively on Breitbart:

Rep. Byron Donalds: We Are Getting Played at Our Southern Border

Collier County Business of the Month

My Legal Edge has been named the Collier County Business of the Month. Congratulations on all of your hard work, success, and this esteemed recognition! Thriving businesses and booming economies are just another reason to love Southwest Florida. #FL19

Last week, I was happy to talk with Sean Hannity on his program on the Fox News Channel to discuss how Democrats in DC are taking a page out of Saul Alinksy’s “Rules for Radicals”: pick a target and polarize it. This push isn’t about reforming policing in America- this is about using the anger & outrage of the American people to pass their liberal agenda. Watch my full interview below:

I joined John Roberts and Sandra Smith on Fox News’ “America Reports” last week to discuss how President Biden, Vice President Harris, and the DNC are playing off of the anger, emotion, and outrage of the American people regarding the tragedy of George Floyd to pass their radically progressive agenda. Click the link below to watch my full interview:

ICYMI: I was featured in a panel alongside former congressional candidate Kim Klacik on Fox News’ “Justice with Judge Jeanine” over the weekend to discuss policing in America, Democrats push to Defund the Police, and more. Watch the full interview below:

Calling all #FL19 high school artists: the deadline to submit your artwork for this year’s Congressional Art Competition is May 5th.

Serving the hardworking men and women of Florida’s 19th Congressional District is my distinct honor and privilege. It’s time Washington works for our community’s values, and every day I will always strive to ensure your government is working for you.